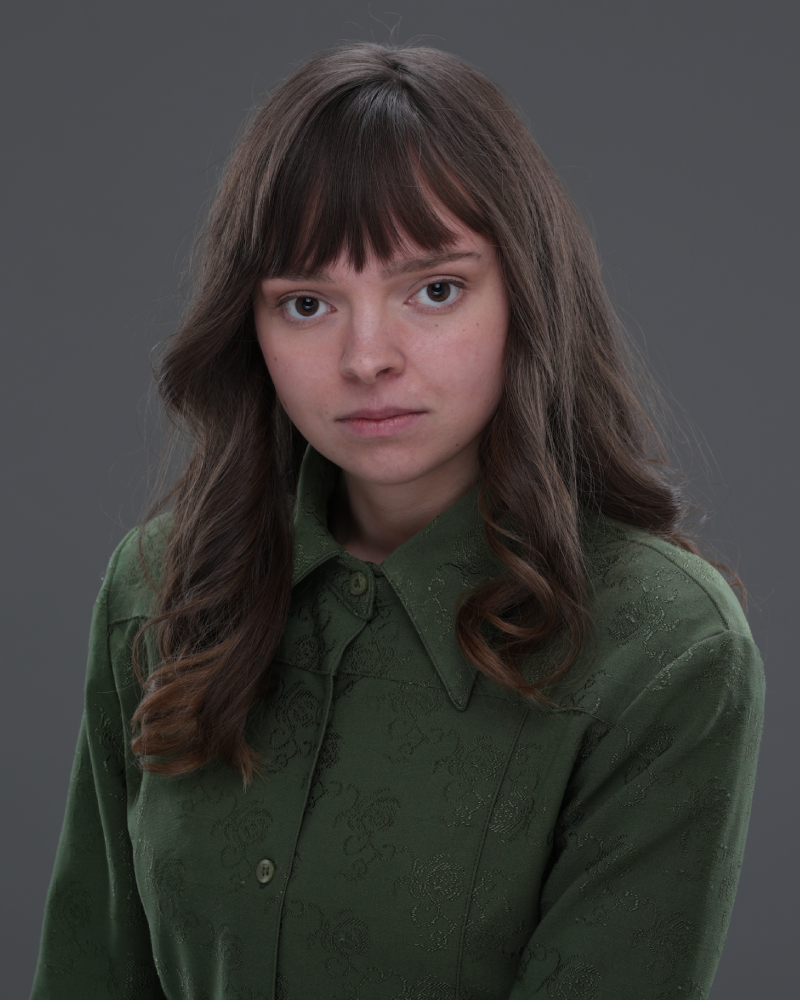 Shakespeare tells us through the words of Hamlet to Horatio, that “there’s a special providence in the fall of a sparrow.” Call it what you wish — kismet, happenstance, or synchronicity — a social media encounter has kickstarted our Hamlet production with an unanticipated momentum, a force well-reckoned with and embraced as this character actress joins the cast to deliver what promises to be a most intriguing portrayal of the Prince of Denmark.

Belle Emilie Gold is a 24 year-old actress, who studied acting and received her diploma with honors from the Vancouver Film School in 2017. She had relocated to Atlanta which had been known to be a source of work for aspiring actors. When I came across her profile on Instagram, I was immediately struck by the quality of her content – highly philosophical artistry, visual images and brilliant writing. I knew that it would be great to work with her at some point. Only after having some online dialogue with her did it occur to me that she could very well be an awesome Hamlet. “If only she were local,” I thought to myself. I shared with her an article I wrote about The Hamlet Doctrine, and a quote from Nietzsche’s “The Birth of Tragedy” in which Nietzsche was discussing the “Apollonian” and “Dionysian” man as it pertained to Hamlet. Then, Belle sent me a link to a video she wrote and made with a friend during the pandemic. It was called “To tea, or not to tea.” Do you see some synchronicity here? Well, there’s more. Although her ability to act was clear to me in the first comical line she delivers in the video, Belle shortly afterwards gives a speech about Nietzsche and his Apollonian and Dionysian man. It was then I knew that I wanted her to be Hamlet in my production.

I shortly discovered that besides Belle’s acting abilities and skills at improv, she had a passion and commitment of excellence to the artistry of theater, whether it be for film or stage. And when I presented the opportunity to be Hamlet next summer on our Pacific Northwest Island between Seattle WA and Vancouver BC, her interest was piqued. I shared the OISS web site, our vision and my personal passion for the project. She did research, looked up online scripts, starting listening to tapes and going over the dialog. I emailed our script and she requested a hard copy as well. But, Belle was about to take a trip to Italy and wouldn’t be able to look at it until her return. Although there was no rush, I sent her a script right away so that it would be waiting for her on her return. I asked her when she was leaving and the answer was “tomorrow.” We would certainly be talking when she returned.

I was blown away by her efforts, though. The very next day, Belle had already landed in Florence, memorized a speech and sent a video to me. She said she made a few takes. What perseverance just for fun!

A week or so passed and I received a text from Belle that she just landed in the US and was looking forward to going home to find the script. She hadn’t even collected her baggage yet. And we had a little back and forth messaging before she hailed a cab.

This eagerness, dedication and passion for a project — which I had thought only I could have — is empowering and it all seems more real than ever before. I am still pinching myself — I do that every hour just to make sure. Belle’s willingness to relocate to our island to work on this production is remarkable. There is an opportunity here in which the synergy of our simpatico artistries will create something magical. This was really meant to be!